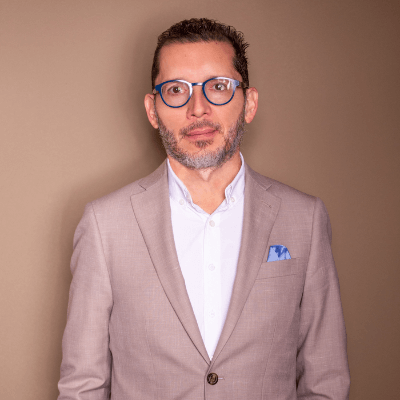 Dr. Barajas was born and raised in McAllen, Texas. He graduated from McAllen Memorial High in 1988. Dr. Barajas completed his Pre-Optometry studies at the University of Houston then received his Doctor of Optometry degree in 1996 from the University of Houston College of Optometry. Upon graduation, he moved to Laredo Texas to join a vision therapy practice. Is was here where he began his journey in Vision Therapy and where he met his future wife. In 1998, he moved back to the Rio Grande Valley and joined Hammond Vision Center. In 2002, he opened his own practice in La Joya, Texas. He then moved his practice to Mission Texas, where it is today.

Dr. Barajas has been very active in Neuro-developmental Optometry. He has developed and integrated many unique therapies that have helped children who have struggled in school due to vision problems often seen in: ADD/ADHD, Autism Spectrum Disorder, Sensory Processing Disorders as well as some of the classic vision problems related to focusing, eye teaming, eye movement skills, visual-spatial skills, and visual perception issues. He has expanded his work to include those with traumatic and acquired brain injury, stroke, and other neurological processing problems. In addition, he has started his works with professional athletes as well as weekend athletes on developing vision skills.

Dr. Barajas is a member of the Neuro-Optometric Rehabilitation Association and the College of Vision Development. He is attended lectures and one on one learning programs from the industry’s top leaders.

Dr. Barajas lives in McAllen with his wife of 22 years, Cyndi. Dr. Barajas has two children, Jason and Brooklyn. Jason is starting his college career and Brooklyn is a sophomore at Sharyland High School. Dr. Barajas is very proud of his children. He stays active by running, fishing and being a part of family activities.